Only yesterday in our blog post we were warning of possible security vulnerabilities in software updates. Today we learn that Mozilla have had to pull their latest Firefox update (Firefox 16) due to a serious security vulnerability was discovered in the latest release. The vulnerability potentially allows malicious websites to find out which websites the user has visited. Whilst this may not leave your PC or network open to cyber attack, it is another example of how software updates can potentially expose you and your personal data to hijacking.

Mozilla are recommending that anyone who is currently running Firefox 16 to actually downgrade to the latest known safe version, Firefox 15.0.1. Meanwhile the update for Firefox 16 has been removed from Mozilla's website until the issue has been fixed and tested. Mozilla, who make the Firefox client browser are a non-profit company; they also make Thunderbird - a popular mail client. Firefox browsers are used by millions across the world. They have also developed Firefox OS - an Open Web operating system for mobile devices.

If you are concerned about this latest security threat, you should firstly check the version of Mozilla Firefox you are running. You can do this by clicking on the 'About' link (normally found within 'Help'). If you are running Firefox 16, you should contact an IT security adviser for advice or attempt to downgrade to version 15.0.1 as soon as possible. 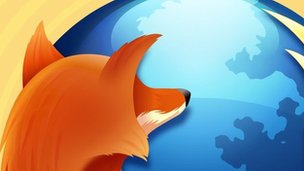 ITWiser offer free and friendly IT security advice to businesses in the UK. If you would like to know more about protecting your company's network and IT security in general, just give us a call on 01274 868924 and we'll be happy to advise.

UPDATE: We have since learnt that Mozilla have now made a new patched version of Firefox 16 available on their website. The version to look out for is Firefox 16.0.1